While there are a lot of English resources online for how to play Hanafuda (Japanese Flower Cards), actually learning the game can be confusing. There are some great guides, but all of them seem to be missing something or other. Even the best guide I found, “A Definitive Guide to Koi-Koi” by Justin Gabriel, left us with questions while actually trying to play Hanafuda for the first time.

My goal for this guide is to present our own house rules in the most clear, unambiguous way possible. Our house rules were created by patching together a bunch of rules from incomplete guides out there while playing the game. They have been gameplay tested, so your first games of Hanafuda should be fun and balanced!

After you have your first few games down, you can start making your own house rules as you see fit. Although Koi-Koi is the most popular Hanafuda game, I will be teaching Sakura first, also known as Hawaiian-style Koi Koi. We’ve found that Sakura was easier to learn as a beginner, and therefore the best way to get familiar with the cards.

Hanafuda, at its heart, is a covert set of gambling cards that were created in 1600s Japan to evade gambling bans:

In 1648, Tenshō Karuta were banned by the Tokugawa shogunate. During prohibition, gambling with cards remained highly popular which led to disguised card designs. Each time gambling with a card deck of a particular design became too popular, the government banned it, which then prompted the creation of a new design. This cat and mouse game between the government and rebellious gamblers resulted in the creation of increasingly abstract and minimalist regional patterns.

During the 1800s, Hanafuda would be banned in Japan, then be unbanned again as authorities realized that the bans were useless in curbing gambling. Finally in 1889, a craftsman named Fusajiro Yamauchi founded a company called Nintendo to mass-distribute Hanafuda cards. That’s the same Nintendo that went on to develop Super Mario, Donkey Kong, and Legend of Zelda video games!

If you don’t already have a deck of Hanafuda, Nintendo is still printing them. Pick them up on Amazon in black or in red. (Unfortunately, Amazon is the only place I’ve found to import these at a decent price in the USA).

When you’ve got your cards in hand, open them up and take a look at the instruction sheet. It’s written in Japanese. Useless. Throw it out.

A deck of Hanafuda is made up of 12 flower suits (called “hiki”), with 4 cards in each suit. Every suit is a flower or plant that represents one month of the year. January is the Pine Tree, February is Plum Blossoms, March is Cherry Blossoms, etc..

Many of the cards have special names, and some belong to special categories such as “Animals” and “Brights”. Let’s take a moment to get familiar with the deck.

How To Play Sakura

Sakura, also known as Hawaiian-style Koi-Koi or Higo-Bana, can be played with individual players or between teams with two to seven people. I recommend playing without yaku (bonus card combinations) your first couple games. Then, once you’re comfortable playing without them, you can add them in.

Match cards by suit to collect them. Collect lots of high-point-value cards to win!

To determine the dealer, or “oya”, each player draws one card at random from the deck. The player who drew the card of the earliest month of the year is the dealer.

Shuffle and deal cards face down to each player and face up to the middle of the table (the “field”). Use the following chart to determine how many cards to deal based on the number of players in the game:

In Sakura, the dealer always goes first. Then, play goes clockwise (this is our own house rule, opposite the traditional direction of play). 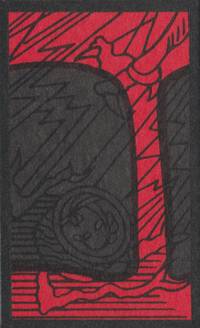 Whenever a player plays or flips over the Lightning Storm ("Gaji") card, that player may match it with any other card in the field. Capture both cards and place the Lighting Storm card on top of the other captured card in your points section, even if it's a zero point card. (After play ends, the owner of the Lightning Storm will get to capture any cards left on the field that match the suit of the card captured by the Lightning Storm.)

Note: If the Lightning Storm card is dealt to the field during the initial deal, it is no longer wild, acting like a plain November card instead.

After the round ends, tally up the score using pencil and paper:

If you don’t have time for a full game, consider playing a half-length game for a total of six rounds. Total up your points at the end of the game. The person with the most points wins.

Once you are familiar with playing the card game just to score cards by point value, you can add bonus card combinations called yaku to the play. Yaku are scored at the end of the round. For every yaku an opponent has made, subtract 50 points from your score. One card can count toward multiple yaku at the same time.

To make it easier to score yaku, players split into two or three equal teams. Players on each team will combine their cards at the end of the round, scoring points and yaku across all of their team’s captured cards.

My family and I have been having a lot of fun playing Hanafuda. I hope that by making this guide, I’ve saved you the trouble of having to piece together a bunch of resources to learn how to play this game!

If you have any questions, please ask them in the comments section below. I would be happy to answer them, and it could help me improve this guide for future readers.

Next post in the series will be about how to play traditional Japanese-style Koi-Koi, which is slightly harder to learn but is built around an exciting double-or-nothing opportunity (the “Koi-Koi”) at the end of every round.

See you next time!